Entrepreneurship as a means to alleviate the deepest poverty. 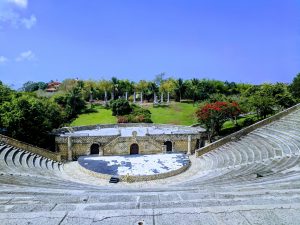 Experiences after visiting the poorest country in Latin America: Haiti

In the SV Links network we are fortunate to have outstanding entrepreneurs from nearly 30 countries around the world. With all generosity our only 2 participants from the Dominican Republic welcomed us to their spectacular Island full of history, natural paradises, indescribable beaches, dream golf courses and exquisite food. Without doubt the best is its people, as we have witnessed these past 5 days.

Our main host, Nicolás, organized a trip and agenda to learn the reality of the border between the Dominican Republic and Haiti. Once I knew the details of the agenda, which included meetings with businessmen in the industry I suggested inviting an ally and fellow investor from Silicon Valley focused on this sector. Given the total ignorance on our part about the second largest island in the Caribbean, we set out to find out about the place, history and recommendations regarding personal safety.

The website of the United States Department of State suggested extreme precautions when visiting the Dominican Republic, a recommendation that upset my accompanying colleague. Before delving into the subject of the heading, I want to clarify that that recommendation of the US Department does not correspond to the reality that I experienced in the past days. I can say that I have just visited one of the most beautiful and safest places on earth in the Dominican Republic.

As part of the preparation for the trip, I contacted my friends and acquaintances in the Dominican Republic, such as Alejandro who worked at Google’s corporate in Mountain View and gave me valuable recommendations. I read and studied videos about Paola Santana a Dominican woman established in Silicon Valley and founder of Matternet and now CEO of Social Glass a company that seeks to reduce corruption in governments. I also saw a video that explains the complex dynamics between the almost 300 kilometer border between Haiti and the Dominican Republic as well as the history that gave rise to completely different countries occupying the same island.

One of the most influential families in the country together with several Dominican businessmen are promoting the expansion of a project that from their business vision combines the abundance of available labor in Haiti, the tax benefits of the border , the physical proximity to the United States and the logistical infrastructure available in the Dominican Republic. They flew us in a small plane from Santo Domingo to the border city of Dajabon to see first-hand this dynamic border between the poorest country in our continent and an emerging one. Their intention was to know the point of view our with “Silicon Valley eyes”, make connections through our professional network with Silicon Valley, and prepare a pilot test of construction of houses and roofs at low cost and then seek a global expansion.

Currently to the north of the border between the two countries there are already about a dozen industrial warehouses that currently employ about 10,000 people , the vast majority of them Haitians, who assemble clothing and electrical equipment. The next stage aims to triple the number of jobs and jobs in the area, for which it is necessary to spread this opportunity and make the relevant connections. The project also includes issues of energy production and tourism. During the tour of the industrial warehouses, the thousands of workers did not take their eyes off us because our skin color clearly showed us as alien to them.

The contrast of order, neatness and cleanliness of the industrial buildings is radical with that of the houses and markets neighboring the industrial plants on the Haitian side. We even took a tour of the border town on the Haitian side. On the recommendations of the organizers, we went into the streets of the city accompanied by a security guard and in an armored car. This is a reflection of the tensions in the area. One extremely poor and the other industrialized. That is precisely the idea of ​​scaling these projects: to be an instrument of union, development, education and attraction of resources to the area and take advantage of low-cost labor.

I am still not convinced that industrialization is the optimal form of human development, however in this 21st century the businessman, the entrepreneur brings together with his effort and passion food, health and education to his employees and collaborators. I could see that in this impressive experience: nursery for the babies of working moms, classroom for training not only of assembly skills but also lessons on safety, hygiene, respect, quality; a decent dining room, clinic and other health services. For some reason Saint John Paul II said “work dignifies” and this is just what these notable Dominican businessmen are after. That too I could attest.

A separate chapter would require describing the natural paradises that exist in the area and the most exquisite real estate and golf developments I have ever seen. But instead of describing them I invite you to go and you know them.

Total thanks Nicolás, Alejandro, Guillermo for your excellent hospitality. We hope to see you soon in Silicon Valley connecting you with that source of inspiration that so many entrepreneurs around the world bring. That is my greatest wish that that inspiration that you brought from Silicon Valley spread throughout this beloved Island and help those most in need.

Learn how to pitch to Silicon Valley investors.

Parents and children in Silicon Valley.

Welcome to the Yezel team.

From Valley to Silicon